With over 1,5 century of pioneering in biotech, greater Rotterdam-The Hague area is indispensable for the protein transition

As global wealth rises, so does meat consumption. How can we provide protein for ten billion people? The collection of solutions to this problem is called ‘the protein transition’. The Greater Rotterdam-The Hague area is leading the way.

The Greater Rotterdam-The Hague area aims to become one of the core regions in the field of alternative proteins. At the end of last year, regional economic development agency InnovationQuarter and TNO completed an exploration of the potential of the sustainable protein alternatives for the Greater Rotterdam-The Hague area. One of the main conclusions of this exploration was that the Netherlands is in a unique position to become an international leader in the protein transition. This unique region can contribute to this by working on a stronger ecosystem in the coming years on cultivated, fermented and proteins derived from aquatic plants.

The increasing demand for animal derived products such as meat and dairy puts not only an unsustainable, but really an unattainable burden on the natural environment. Vegetarian and vegan movements are gaining momentum as awareness of the large environmental footprint of animal derived products increases, but their following is not growing fast enough to compensate for the growing demand for meat. Various alternative protein products which radically reduce environmental footprints are successfully being developed. 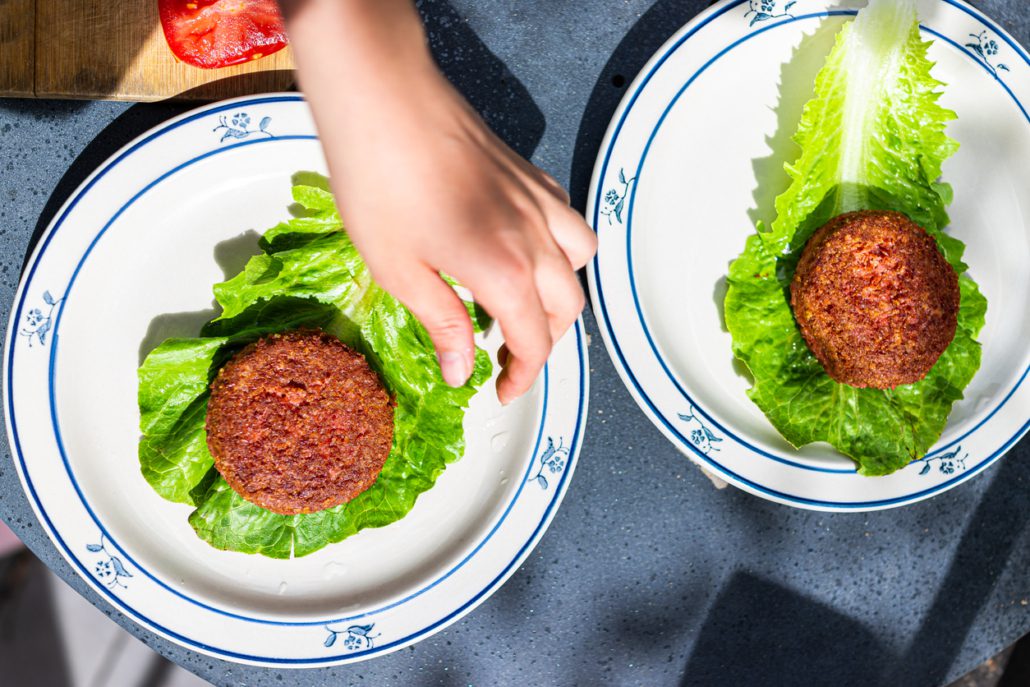 To provide the growing world population with sufficient protein in the future without completely depleting our planet, a transition from animal to sustainable protein sources is necessary. Cellular Agriculture, the technology in which animal-based products are produced from cells instead of animals, offers an attractive solution in addition to plant-based alternatives. In their exploration, InnovationQuarter and TNO distinguish proteins from five different types of sources: proteins based on plants, aquatic plants, cultivated proteins from animal cells, fermentation and insects. Especially in the field of cellular agriculture (proteins based on cultured cells and fermentation) there appear to be great opportunities for our region to position ourselves strongly internationally. In addition, aquatic proteins are also seen as an interesting niche market.

Recently, InnovationQuarter together with Planet B.io took the initiative to start a consortium of regional frontrunners to help realize this ambition: Protein Port. The initiative is supported through a grant from the Province of South Holland.

InnovationQuarter will be actively involved in the design and implementation of this in the coming years. To achieve this, the initiative has been taken to form a community of regional frontrunners. Companies interested in joining this can now register.

Protein Port aims to lay a solid foundation for an active regional ecosystem for the protein transition.

Already 30 parties have pledged an in-kind contribution, which shows that there is a need for ecosystem development. Planet B.io together with Innovation Quarter will fulfill the role of driving and coordinating the initiatve.

The Greater Rotterdam-The Hague area is in a strong position to contribute to the protein transition, particularly for the development of alternative proteins such as cultivated proteins, fermented proteins, and proteins derived from aquatic plants. The existing centers of gravity at the Biotech Campus Delft, BlueCity in Rotterdam, and the Campus@Sea in Scheveningen offer an excellent starting position to build a strong network of companies, knowledge institutions, and public parties.

City of Delft, which is part of the greater Rotterdam-The Hague area, has been pioneering in biotech since the late 19th century, starting with a yeast and spiritus factory – adjacent to the TU Delft University, Faculty of Technology in 1869 and bringing forth the world’s first professor in microbiology, professor Martinus Beijerinck in 1895. By the 1970’s 40% of global penicillin production took place here. In 1998, DSM bought the former yeast factory Gist Brocades including the industrial terrain around it, and in recent years it has been awarded several times for its continuous and vital contribution to advancing fermentation technology.

The value of this heritage for the protein transition to take hold can’t be overestimated, and the Delft Biotech community has taken notice. In 2018, DSM committed to opening up its Delft site for other biotech organisations and to share its knowledge and infrastructure to create an open innovation campus; the Biotech Campus Delft. In 2020, Planet B.io was founded by 5 partners; DSM, TU-Delft, Delft Municipality, Province of Zuid-Holland and InnovationQuarter. The purpose of Planet B.io is to create an inspirational environment for small biotech companies to settle and scale up at the Biotech Campus Delft. Within a few years’ time, the Biotech Campus Delft now houses 16 biotech companies, forming a dynamic community of startups, scaleups and established multinationals, a unique open access facility for scaling up biotech processes, the BioProcess Pilot Facility (BPF), and several community facilities such as a restaurant, a gym and meeting rooms.

Innovating established technology to serve as magnet for businesses

Various biotech startups that anticipate business growth have found their way to Biotech Campus Delft, attracted by the multitude of beneficial factors present at the site. For example, talent scarcity restrains business growth for biotech companies around the globe, and is lifted here by the steady supply of talent from the TU Delft, at which 150 Bsc, 100 Msc and 50 PhD candidates graduate in modern biotechnology annually.

Having the TU Delft at biking distance has many other benefits, such as access to conferences and lectures at the university, often at a reduced fee or even free of charge to the Planet B.io community. Ties between the university and the biotech campus are tight and it is common to share ideas and have open discussions.

DSM, with its long history, extensive expertise and resources at the campus is another point of attraction, and this multinational itself sees great value in open collaboration with these highly innovative startups. Eye-catching results of the synergetic vibe at the campus are collaborative projects between DSM and Meatable on the scaleup of cultivated meat, and a collaboration between DSM and Deep Branch, which uses clean CO2 and hydrogen to make sustainable high-quality aquaculture feed.

Who knew that fermentation, a centuries-old technology, could find use in new applications that take such an important role in maintaining our livelihoods on this planet?

Doing our bit together

Planet B.io on the Biotech Campus Delft attracts innovative companies that play a role in the protein transition. By bringing these companies together on one site, they can learn from each other and make use of the equipment and knowledge on campus and at Delft University of Technology. In this way, the companies can grow faster, Delft benefits from high-quality employment, and together we can contribute to the transition to a sustainable economy!

Are you interested in joining the biotech ecosystem in our region and help accelerate the protein transition? 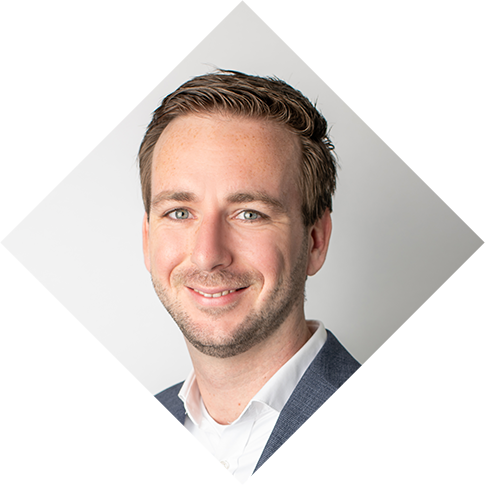 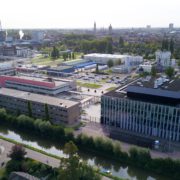 Global, carbon-recycling frontrunner LanzaTech sets up an European office in Delft
The Port of Rotterdam, soon to be Europe’s Hydrogen Hub