IMSystems and how incubator YES!Delft helped outgrow the seed stage

Machines and in particular robots are increasingly aiding – if not even substituting – people with their work. Yet, those machines often lack the strength and precision necessary to create real impact. Until IMSystems came around.

Led by scientist Jack Schorsch, a team of four Co-Founders – including Matthew Corvers, Thibaud Verschoor and Rory Deen – are working on the Archimedes Drive, an invention in mechanical power transmission that can make any electrical engine simultaneously stronger, more precise and more efficient than anything currently on the market. 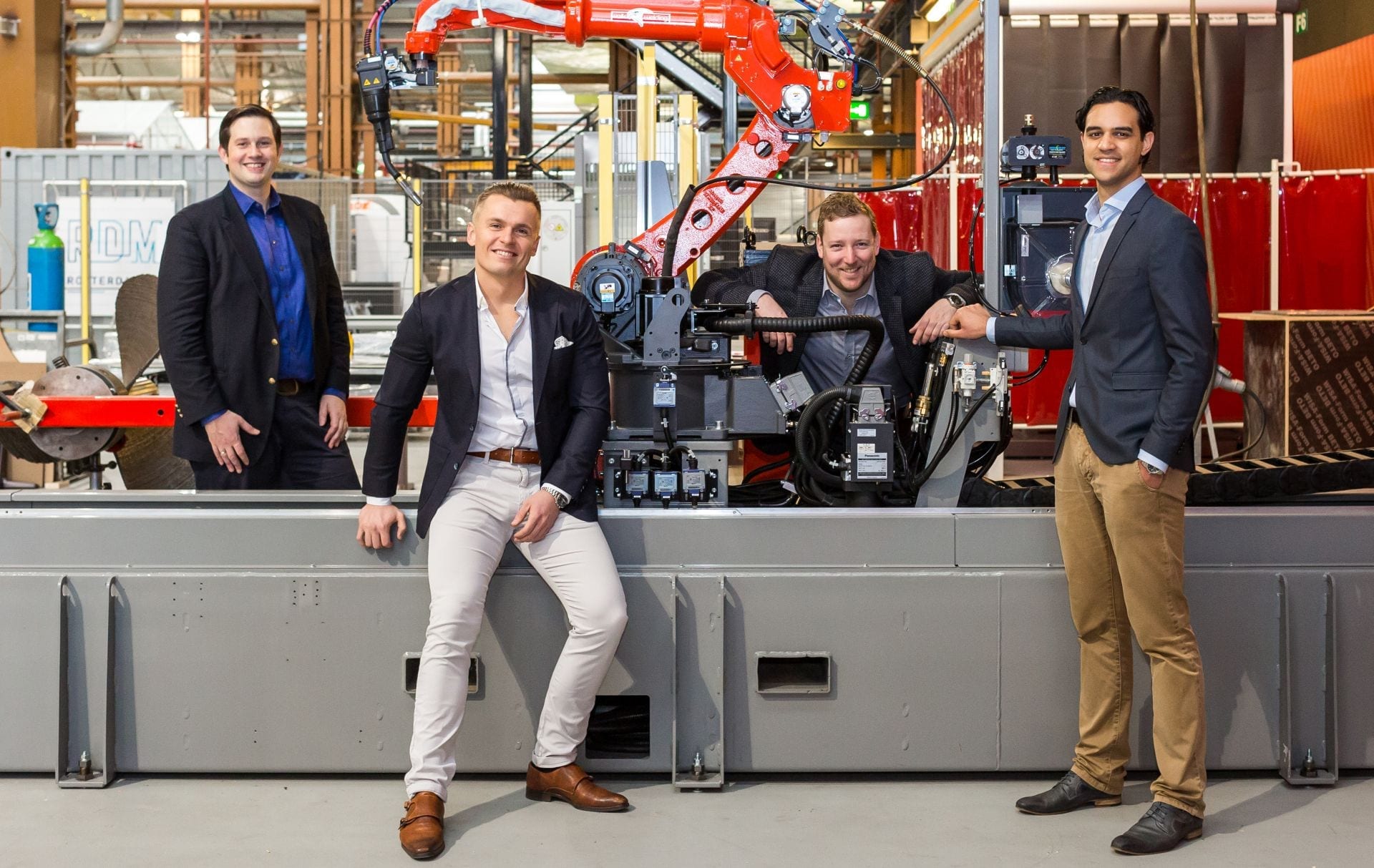 The idea behind the Archimedes Drive had been evolving in Jack’s mind for years, during which he did research in the fields of prosthetics and exoskeleton design. In his work, he often faced the challenge of making those wearables small, lightweight and easy to use. The Archimedes drive is a compact gearbox that uses traction instead of gear teeth, allowing it to make electrical engines – and the machines they power – lighter, more precise, stronger and faster than ever before.

“We took part in the course called ‘turning technology into a business,” Matthew recalls, where they were given a patented technology by a TU Delft researcher, without knowing its application. “We had to creatively find a market application ourselves, because inventions can often be used for much more than just their original application.” A few brief months later, Jack’s team had discovered and proved a market fit for the Archimedes drive, and the team set out to launch IMSystems.

IMSystems’ product is the first drive to use friction instead of gear teeth as a means of powering electrical engines – and it seems to come with a list of advantages. “We can achieve about half the size and a quarter of the weight of alternative solutions,” Matthew explains. “What’s more, we are not limited by the gear ratios and how strong we can make an electrical engine.”

With the help of YES!Delft

With multiple subsidies and a loan already secured, IMSystems has been able to develop its first metal prototype with a gear ratio of 10.000:1, which is about 25 times more than what most drives on the market can currently achieve. A relief for robotic companies that have been waiting for decades for this kind of precision. Other than this great achievement, IMSystems developed transmissions for multiple pilot projects. E-Bikes, prosthetics and robotics are some of the few we have designed and tested so far.

The team received great support from YES!Delft and their Incubation Program, which has contributed significantly to the growth of IMSystems. Matthew describes the support as fantastic. “We’re here with about 80 other companies; there are always people who have been at the point you are, so you can just walk up to their office and discuss how they did things. Having this network is very useful.”

In 2018, IMSystems got the opportunity to move to the incubator of RoboValley. At this point, IMSystems has a team of 12 fte and expects to grow to over 20 fte by the end of this year using the Series-A investment they are currently working on.

From this point on, IMSystems is looking forward to expansion. They have already signed with multiple clients, and are working towards adding more to their portfolio, while keeping its focus on robotics. Expanding the team is certainly among the next steps to be able to deliver timely and quality results.

By the beginning of 2020, IMSystems wants to deliver their first off the shelf products to different clients. A great possibility for companies who want to try out this latest technology at reduced costs.

One thing is certain: We will be hearing more from IMSystems in the future.