Dutch is the official language of the Netherlands, spoken by practically everyone in the country. Nearly all Dutch people also have good command over one or more foreign languages. More than 90% of them are able to hold a conversation in English, over 70% in German, almost 30% in French and 5% in Spanish. So finding a language in which you can communicate with the Dutch should not be a problem.

If you are learning Dutch and want to practice speaking the language with the locals, you may find them switching to English as soon as they detect that you are struggling with their language. Feel free to say that you wish to talk with them in Dutch (‘Ik wil graag Nederlands praten, zodat ik kan oefenen’ – I would like to speak in Dutch, so I can practice). Your effort will be appreciated and they will switch back to Dutch.

The Dutch are highly verbal communicators. Precise communication is important to them and they have a dislike for vagueness. They tend to put their whole message into words and will assume you to do the same. Don’t expect a Dutch person to read between the lines! Dutch people are quite direct in their contact with others and use ample eye contact. In fact, they are direct to the point of seeming rude or unsociable, although it is rarely intended that way. Rather than be flattered, they respect frank criticism. In contrast, the Dutch would not chastise someone in public and are not very good at saying ‘No’. They may prevaricate or predict insurmountable problems instead. Also, they have a dislike for expansive, over-the-top gestures.

The Dutch are okay with verbal conflict and they don’t fear that confrontation may damage a relationship. They prefer to discuss conflicts of view openly at an early stage, which they regard as constructive and necessary to avoid problems in the near or distant future. They will expect you to give your opinion too, unprompted and without sugar-coating. If you don’t play by this rule or expect them to read between the lines, be prepared for a surprised or slightly irritated ‘Why didn’t you say?!’

In Dutch culture, it is common to share your opinion, even when it is not asked for. Hence, the Dutch are sometimes regarded as ‘busybodies’. You can expect a Dutch friend to stick up for you when you are being wronged. Dutch people are happy to help others, though this characteristic can also be experienced as annoying. 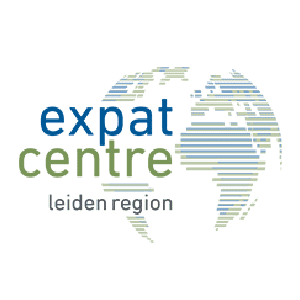