Many private parties are working, largely individually, on quantumcomputing. Delft is doing something unique. Here six private parties are working together to get a quantum computer with high-quality equipment up and running: the so-called ImpaQT project. If successful, this will give the region a unique position worldwide as a supplier of quantum equipment. Individual parties, such as large corporates, focus primarily on the greatest possible computing power (qubits). However, they do so with components that are not actually developed for quantumtech, such as relatively large coaxial cables. This will get you a long way, but real upscaling is impossible. The 6 parties each focus on a separate component and make them suitable for large-scale quantum computers. Within the ImpaQT project the partners are working together to connect the components properly. This will enable them to bring about a significant acceleration in quantum technology. InnovationQuarter brought the ImpaQT parties into contact with large end users; MRDH, Quantum Delta NL and the companies are now jointly investing more than € 600,000 to get the so-called NISQ computer up and running with high-quality equipment. The pilot phase will start in November.

“It’s like trying to manufacture a car, while you only have the parts of a bicycle. You get a long way, but getting out on the highway gets tricky. That’s how a lot of large parties get started with quantum as a matter of necessity,” says Daan Kuitenbrouwer of Delft Circuits. “They are building a huge computer, but with ‘components from other industries’. Those parties are going fast now, but eventually they will run into a wall. A party like Google does not have 25 people working full-time on cabling only. The six ImpaQT parties therefore work together within the Quantum Delft hub on real, scalable ‘quantum equipment’. This ranges from cabling to control electronics and rapidly deliverable quantum processors. All parties are very innovative and good within their field. And thanks to this collaboration, we can now move even faster.”

Participants in the consortium are Qu&Co, OrangeQS, Qblox, Delft Circuits, QuantWare and Demcon. “Within quantum, we can take a global position here in South Holland. To compare: ASML makes equipment to be able to make chips for computers. That is a relatively niche area within a huge market. But within quantum computing we make áll state-of-the-art equipment here,” says Jacqueline Schardijn (InnovationQuarter) who involved three major end users in the project. “We not only make the computer here, but also the keyboard, the mouse and the software, as it were. And on all those parts we are the best. We now want to demonstrate with this project that you can link these state-of-the-art products together and do experiments with them quickly. Then Delft offers a ‘one-stop-shop’ for major players worldwide. In terms of software applications, this is therefore the time for major industry players to get on board.”

InnovationQuarter supports the quantum ecosystem not only from a business development perspective, but also participates in two participating companies – Quantware and Qblox – through the early-stage fund UNIIQ.

The project is now in the design phase, with the installation and test phase taking place in November. The MRDH is investing €200,000 in the ImpaQT project. Quantum Delta NL is also investing. Bas Vollebregt, portfolio holder for Knowledge & Innovation within the MRDH: “We are world leaders in quantum and we want to remain so. We are pleased that our investment makes this unique collaboration possible.”

The potential applications of quantum are many, but currently the greatest developments are taking place in three areas. First, quantum technology enables super-sensitive measurements of natural phenomena. Think of the measurement of light, electromagnetism, time and gravity. Second, a solid step is being taken in communication technology. Thanks to so-called point-to-point communication, a communication network can be built that is safe from intrusion. And finally, quantum technology makes super-fast calculations possible.

With its QuTech campus, Delft is considered the epicentre of quantum technology worldwide. Last April, Quantum was the big surprise from the national Growth Fund monies: no less than €615 million was awarded by central Dutch government to Quantum Delta NL for the further development of quantum in the Netherlands. Among other things, a ‘House of Quantum’ will be established in Delft where researchers and entrepreneurs can meet.

In the first three months of this year, the ImpaQT consortium built a system with 1 qubit from off-the-shelf components of the various partners. This was a first because of its speed and a first purely private collaboration in this field. The sequel is a so-called NISQ computer of 5 qubits. “That’s not that much, but the value of this project is also not in the computing power, but in the knowledge and product development that this collaboration enables,” says Daan Kuitenbrouwer. “This is a project to get very excited about.” 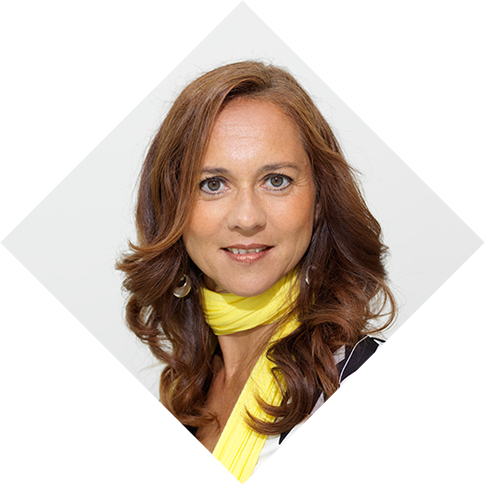